A critic once told G.K. Chesterton that if he must make jokes, he need at least not make them about such serious subjects. Chesterton thought that was a rather strange thing to demand. “About what other subjects can one make jokes except serious subjects?” he asked. “Funny,” he later wrote, “is the opposite of not funny, and of nothing else. […] the two qualities of fun and seriousness have nothing to do with each other, they are no more comparable than black and triangular.”

These words are perhaps the best expression of everything I have set out to do in making games and telling stories about the Lands of Dream. I have tried to be serious in my silliness and sincere in my humour. The Strange and Somewhat Sinister Tale of the House at Desert Bridge is the darkest game I’ve ever made, but also the most uplifting. The Fabulous Screech is without question the most painfully personal of my games. The Book of Living Magic reflects all my fears and all my hopes. And the Oneiropolis Compendium has been an utterly unexpected delight, a chance to bring to life everything from the bittersweet to the pleasantly goofy.

So I’m very happy and somewhat nervous to announce my next foray into the Lands of Dream, and the first one that will take the form of a commercial (but very affordable) game.

The Sea Will Claim Everything, as the game is called, takes the form of a magical portal not unlike the one that can take you to the House at Desert Bridge. This portal, however, will allow you to interact with the denizens of the Fortunate Isles. You will begin your journey in Underhome, the subterranean dwelling of the Mysterious-Druid family. This ancient place, a marvel of biotechnology, is inexplicably facing foreclosure, and your help is required. But as you will soon discover, there is more going on: Lord Urizen, a ruler from the mainland, is using the issue of debt to force his own policies on the people of the Isles. Fear and uncertainty rule the day – but perhaps an outsider can bring a different point of view to the situation.

Like the other games set in the Lands of Dream, The Sea Will Claim Everything is a game uninterested in categorization. You could call it a point and click adventure game or a narrative exploration game; you could call it casual or hardcore or Midford, but all of that would be missing the point. It’s a portal to the Lands of Dream. It’ll take you on a great journey, but only if you let it.

The game’s hand-drawn graphics were created by Verena Kyratzes. She and I have worked together on every Lands of Dream-related project, including the upcoming children’s book In the Shadow of the Invisible King (being published in Greece this year; hopefully an English edition will follow at some point), and her distinctive style with its intense colours and quirky details is absolutely essential to what this game means to be.

Unlike the previous games, which were all scored by the remarkable Helen Trevillion, this game features music by Chris Christodoulou. This is not because of a falling out with Helen or anything terrible like that, but due to the much more pleasant fact that she very recently became a mother. Helen’s music was as essential to the Lands of Dream games as Verena’s drawing, but I’m extremely pleased to say that Chris has managed to capture the same bittersweet beauty and playful oddness that the Lands of Dream require. In fact, I can honestly say that I am amazed by the beautiful music he has written, and cannot wait to share it with you.

And yes, as you can tell by the length of this press release, there will be lots of words. This is a game that is exploding with words. There are so many words in it that they’ll start seeping out into your brain. Some people complain about walls of text; well, this game is a city built out of such walls.

And we’re proud of it. 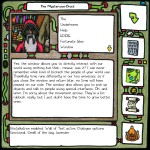 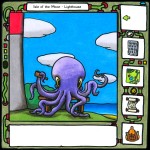 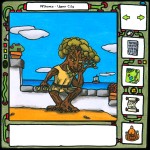 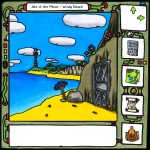 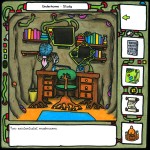 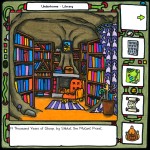 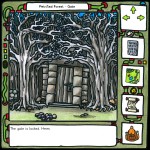 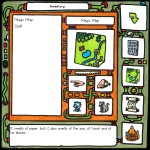 If you think games can be more than grumpy men grittily grunting at grimy foreigners; if you like to explore and immerse yourself in another world; if you like your stories good and your puns dreadful; if you believe that funny is not the opposite of serious – then I think you will enjoy your time in the Fortunate Isles.