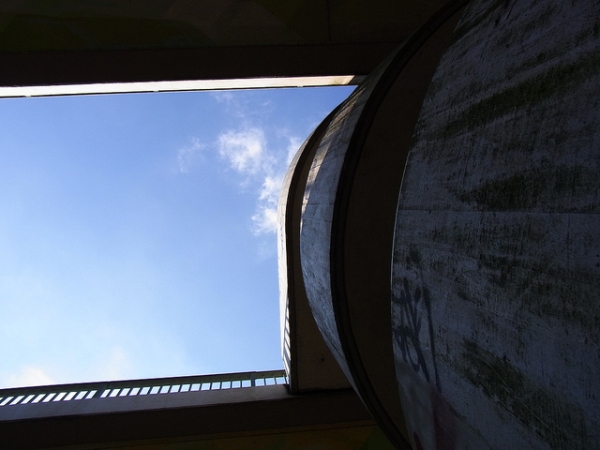 Sometimes I feel like I’m just barely holding on to sanity.

It’s not the sense of failure. Sure, I have yet to accomplish the things I want to accomplish most, but for someone who started out with very little, with no capital to invest and parents in a desperately poor country, I’m not doing so bad. This year in particular has been quite good. The Matter of the Great Red Dragon, The Talos Principle, A Postcard From Afthonia (very soon), The Council of Crows (after that), Ithaka of the Clouds (after that), plus some other projects I can’t talk about yet… it’s going pretty well.

Nor is what’s driving me mad reducible to the individual irritations that beset me at the moment, like the ridiculous amounts of noise from outside that are making it really hard to focus on writing. (They’re doing some kind of work on the roof of the house next to ours, which is exactly at the same height as our flat. But even when that’s not happening, there’s some kind of car repair place that makes the most ear-piercing sounds you can imagine during the day. Even though this is a residential zone.)

The weather is probably a bigger part of it. Most of this “summer” so far has consisted of grey clouds and rain. Some people aren’t bothered by this – some even long for it – but I was raised in a country where the summer is bright and beautiful and lasts many months, and my body has internalized this pattern on a level that can’t be reached by reason. Without a proper summer, I get depressed.

But right now, the sun is shining. Well, it just disappeared as I typed these words, but it’ll come out from between the clouds sooner or later, and it’ll be bright again. But even when it’s bright, I don’t feel OK. It feels like there’s something off.

Somewhere in Stephen King’s exceptional Dark Tower novels, there’s a description of what it’s like when you’re close to Todash – the void between the worlds. I don’t remember the precise words, but the idea is that the weather appears to be bright, but somehow there’s darkness underneath that, like the world is too thin. That’s what Germany feels like to me. Like reality is constantly about to tear open and monsters are about to come spewing forth. There may be a political metaphor in there.

Please understand, I’m saying this as a native. I may not have been raised here, but German is one of my native tongues, I went to a German School, I have relatives here, and we came here regularly when I was a kid. I’m not struggling with the language or finding it impossible to understand the culture. I know people who are, but I’m not one of them. But something about this country still horrifies me. I can’t quite put it into words, at least not just a few words. I could write a novel, maybe, but I think it would end up being the Necronomicon.

I catch glimpses of another Germany sometimes, a Germany that could’ve been, perhaps a Germany that was, but they’re rare. Between the failures of the Left and the “success” of the Nazis, it often feels like Germany is left with an extremely extended Petite Bourgeoisie and a huge Lumpenproletariat, but not much else. It’s not the fault of individual people, and neither is this a statement about “the Germans” as a whole. But there’s just something vital missing in the country’s culture. Which is not surprising – it’s what happens when you put all the good people in concentration camps and leave most of the bad people in positions of power.

There’s a lot to appreciate, of course. While Germany isn’t as organized as propagandists would like us to believe, the difference between living in a rich, powerful country like Germany and a poor country like Greece is massive. Ironically, of course, most Germans aren’t aware of this at all, and thus aren’t ready to defend their quality of life against the politics of austerity. But anyway. Right now, things still work, even if they don’t work all that well. In Greece everything is broken. Living in a broken country is not fun, as my parents can tell you. There are many advantages to living in Germany.

And yet it drives me to absolute despair. I catch myself trembling.

It’s as if there’s something that makes it impossible for me to attach positive memories to places in Germany. I don’t know why. I have had many good experiences while living here, but they don’t seem to rub off on the places themselves. I don’t seem to have that problem elsewhere – this has nothing to do with Greece. I’ve been to rich countries and to horrifically poor countries, but none of them had this effect on me.

I know a couple of other people who feel this way. Just an inability to connect to this place. An inability to love, perhaps. The cities, in particular, do not inspire any kind of poetic impulse in me. I find cities fascinating, and there are plenty of cities that can inspire me (though not like the sea inspires me). Not here, though. Not even Berlin, which is probably the best German city I’ve been to. I like Berlin, but I’m not sure I could love it.

It sounds petty and pretentious. There are people all over world who would love to live here. When I’m back home in Greece, people are always telling me how much they want to leave. I get that. And yet, I’ve met very few Greek people who aren’t absolutely miserable here. The lack of sunlight alone is enough to break people after a few years. But ultimately it’s not a national thing. I know enough Germans who can’t stand it here to understand that. Hell, I’m married to one.

I’ve come to think of this as a matter of survival. I’ve held on for years, thanks to my burning desire to keep creating art, thanks to my wife, thanks to my friends, but each year gets harder. I can’t imagine another winter. I just can’t. I feel like my life is slipping through my fingers. I have to struggle to get any work done. Oh, I work, I work incessantly, but the toll it’s taking on my mental and physical health is starting to get out of hand. Which is doubly horrible, since I’m actually doing something I love.

Forgetting about the poetry and the culture and all that emotional bullshit for a moment, on a purely practical level, I don’t know how much longer I can go on like this. That’s what matters. The practical reality of not losing my shit.

(There’s a financial side, too. While there are jobs here, as opposed to many other countries, costs are high and cutbacks in the healthcare system are not helping.)

So what to do? Get out of todash country, obviously – but it’s not that easy.

If I was 20, with no attachments and not much to lose, I might just move to another country and see if I can make it. But we have a life here – and a cat. That’s the part that my parents, practical working-class people that they are at their core, just can’t understand. That damn cat. But anyone who’s had a cat for a long time will understand that she’s family. That part’s not negotiable.

But again, what matters is practical reality. Much as the causes of my problems may be emotional, the solutions have to be practical. I’m not writing this because I want the pity of people on the internet, or to make a performance of how oppressed I am. I’m writing this 1) to explain why some things are taking longer than they should 2) as part of my own attempts at understanding the situation 3) to see if anyone has any ideas.

Let’s attempt to dissect this from a practical angle, then.

Advantages of where we currently live:

What are the most important factors in finding another place to live?

I go over this list every day. Verena and I are both willing to work hard to make a major change in our lives happen, but so far we’ve not found a good solution. If you have an idea, feel free to contact us via Twitter, Facebook or email. We appreciate any input.

(I realize, by the way, that there’s a potential argument in there for moving to Berlin, but I’m not sure the financial cost would be worth it in terms of the difference it would make.)

OK, back to work now. I keep adding little things to A Postcard From Afthonia, but it’ll be done soon. If I don’t suffer the fate of a Lovecraftian character, of course. Thankfully the Great Old Ones are afraid of our cat.