No, not Ego Draconis. That continues to be fun, despite our encounter with a quest-killing bug. What we’re talking about is my ego.

Okay, so the trailers I put up yesterday got zero response. That sucks, but at least I can tell myself that it’s because I’ve released them before, and readers of this website may well have already seen them. Plus, while atmospheric, they don’t really say much about the film in question, so maybe people just want to wait until they’ve seen the finished product. Fine. 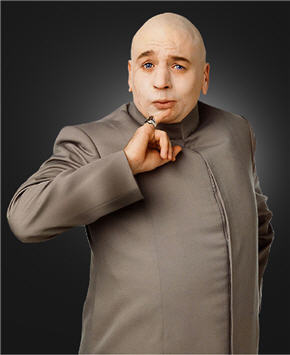 But then, in a moment of narcissism, I had a look at my Wikipedia page, and saw it has been flagged for notability. Granted, it’s missing some sources and stuff, but… come on. Am I a world-famous game designer? No. I’m not even a famous indie game designer. But even without a particularly huge ego I can assert that my games are fairly unique and have a dedicated, if small, audience. I may not be notable as a person, but at least my damn work is. It’s not perfect or famous, but it’s got its own voice, it has had some critical success (“one of the master story-tellers in indie game development,” damn it!), and it has affected enough people strongly enough to deserve some kind of basic recognition. Call me arrogant, but I honestly believe that.

I do occasionally contribute a little to the Wikipedia, but I don’t particularly feel like editing my own Wikipedia entry, except to correct gross errors. So, if someone would be so nice as to add some sources to the article, I would greatly appreciate it. (Remember to keep to a neutral tone. Well-meant but too emotional fan edits is what got Helen Trevillion‘s original entry deleted.)

Here are some sources you could use:

Am I overreacting? Are these the tremors of an overinflated, self-worshipping personality finally faced with its own unimportance in the grand scheme of short Wikipedia entries? Is this the howling madness of uncontrolled narcissism exploding into a fishing-for-compliments frenzy? I certainly hope not.

But if you have any experience with publishing your work, I’m sure you can imagine that it’s quite demoralizing. I’ve been making games for something like 8 to 9 years now, and I’d like to think that despite the lack of huge success (except, perhaps, in the case of Last Rose, ironically the least of my games) I have still created a body of work that is original and, at least to some, meaningful. And that, like the positive reviews, is something that I am proud of. It doesn’t make me a better person, but that’s not the point – this is like being proud of your children, not of yourself.

And now let’s see what else Ego-Bashing Day will come up with.