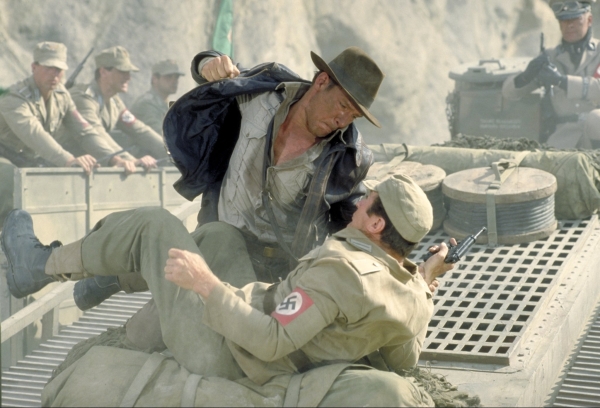 What’s missing from most of these debates, I think, is the distinction between the different ways in which political violence can be evaluated. The main two sources of confusion are two of the great dogmas of contemporary liberalism: “nothing is ever solved by violence” and “the personal is the political.”

The former, of course, has a long history, which is primarily defined by hypocrisy. The opposition to the use of violence to achieve political ends is only ever applied to those seeking to change the system. The most famous case is probably Martin Luther King Jr., praised widely by liberals for his commitment to nonviolence, then condemned as a traitor by the very same people for opposing the war in Vietnam. (Read some articles and statements from political leaders of the time, even from inside the Civil Rights Movement, and you’ll be shocked by the degree of venom directed at MLK over not differentiating between violence against Americans and violence against the Vietnamese.) Wars and police repression are necessary; protests and other forms of direct political action are destructive, divisive, unhelpful, and so on.

The influence of “the personal is the political” is perhaps equally insidious. By erasing the profound difference between individual and organized/collective action, it conflates lifestyle with politics, leading to the extremely dangerous delusion that the one can substitute for the other. It gives individuals the feeling that their personal behaviour, divorced from any greater movement, somehow amounts to meaningful political action. This encompasses everything from throwing rocks at cops to writing articles about how women having short hair is actually truly politically radical. It gets a response that makes the individual feel that they have transgressed, but changes nothing about the nature of the system.

If we rid ourselves of these two dogmas, we can look at the question with a little more complexity.

That political violence is useful, in the sense of being able to accomplish goals, is proven by history. From the defeat of fascism to the world-changing effects of the great revolutions, violence has played an intrinsic part in changing the political order; we live in a material world, where most conflicts have material roots, and naturally they also play out as conflicts between material bodies. That doesn’t mean that a political movement should choose to initiate violence, mind you; but no ruling class has ever given up its authority without employing violence against its opponents, and sometimes that means using violence in self-defense, even if it is deeply unpleasant, even if our goal is a world without such violence. Every modern democratic right we have, every freedom we cherish, was only made possible through the use of violence. That includes the violent overthrow of the feudal system by capitalists.

But acknowledging the power of political violence does not mean that all political violence is useful. We must distinguish between violence – and nonviolence – as ideology and as strategy. Those who embrace violence or nonviolence in ideological terms will frequently find themselves trapped. Nonviolence only works against an opponent who doesn’t have a problem just slaughtering you; violence has a huge array of side-effects and consequences that can easily derail a movement.

Therefore, it makes sense to consider violence in strategic terms. That means considering a specific situation and weighing the consequences of using violence as a political tool. For example, when various fascist types organize street gangs that attack immigrants and immigrant-owned establishments, violence can be immensely useful. Many lives have been saved by the political response of beating the living shit out of such people. Note, however, that this type of action – even when performed by anarchists – is usually organized. It’s a response to a situational assessment, followed by planning, executed collectively with a highly specific goal in mind. It may have negative consequences (lawsuits, negative media depiction) but it also has quantifiable, material positive consequences: shops saved, people protected.

Not all uses of political violence are effective. When the public perceives the violence as unnecessary – that is, the goals as unsound or simply not worthy of the damage caused – then it can turn even deeply oppressed people against the movement, strengthening the position of the police and allowing them to use more extreme tactics themselves. This is why the police employ provocateurs.

If your actions cannot be distinguished from those of police provocateurs, they are probably not politically useful.

We must here also distinguish between violence as employed by individuals or small groups and violence as employed by a mass movement of the people: this is the difference between a terrorist attack and a strike. The latter is a great collective action that represents the will and interest of an organized populace struggling against an oppressor; the former is an action taken without any consultation, without any support, in a way that isolates the acting individuals from the people and usually accomplishes little more than to tarnish the entire movement and give those in authority a good excuse to crack down.

Trotsky wrote the following in regards to individual terrorism:

A strike, even of modest size, has social consequences: strengthening of the workers’ self-confidence, growth of the trade union, and not infrequently even an improvement in productive technology. The murder of a factory owner produces effects of a police nature only, or a change of proprietors devoid of any social significance. Whether a terrorist attempt, even a ‘successful’ one throws the ruling class into confusion depends on the concrete political circumstances. In any case the confusion can only be shortlived; the capitalist state does not base itself on government ministers and cannot be eliminated with them. The classes it serves will always find new people; the mechanism remains intact and continues to function.

But the disarray introduced into the ranks of the working masses themselves by a terrorist attempt is much deeper. If it is enough to arm oneself with a pistol in order to achieve one’s goal, why the efforts of the class struggle? If a thimbleful of gunpowder and a little chunk of lead is enough to shoot the enemy through the neck, what need is there for a class organisation? If it makes sense to terrify highly placed personages with the roar of explosions, where is the need for the party? Why meetings, mass agitation and elections if one can so easily take aim at the ministerial bench from the gallery of parliament?

In our eyes, individual terror is inadmissible precisely because it belittles the role of the masses in their own consciousness, reconciles them to their powerlessness, and turns their eyes and hopes towards a great avenger and liberator who some day will come and accomplish his mission. The anarchist prophets of the ‘propaganda of the deed’ can argue all they want about the elevating and stimulating influence of terrorist acts on the masses. Theoretical considerations and political experience prove otherwise. The more ‘effective’ the terrorist acts, the greater their impact, the more they reduce the interest of the masses in self-organisation and self-education. But the smoke from the confusion clears away, the panic disappears, the successor of the murdered minister makes his appearance, life again settles into the old rut, the wheel of capitalist exploitation turns as before; only the police repression grows more savage and brazen. And as a result, in place of the kindled hopes and artificially aroused excitement comes disillusionment and apathy.

All of the above allows us to consider the political aspects of punching a Nazi. We may also consider the personal aspects, as long as we remember that these are entirely distinct.

A dedicated fascist of any kind is a vile human being and an enemy of the majority of humanity. Far worse than any royal who merely happens to have been born into an unfair system, a fascist is someone actively working to reverse all the progress our species has made. These are simply facts. How one responds to such a person is a matter of personal morality.

The pleasure many found recently in watching a Nazi get punched is an entirely positive, healthy sign. It’s not a sign of political understanding of any great depth, but it does tell us people’s hearts are in the right place. That does not mean, however, that those who find all individual violence truly abhorrent are wrong or would not support a greater struggle against fascism. As I said above, it is merely a matter of personal morality, and does not necessarily have political implications. It is only when someone actively seeks to support such an individual that we enter the political realm once more.

In any case, it is entirely too easy to get caught up in questions of individual punchworthiness. The vile Nazi who got punched in the face was certainly scum; but what is he compared to a liberal President who has killed tens of thousands of people with bombs, including citizens of his own country? Or a conservative President who has killed a million after using lies to illegally invade a country? What about this supporter, or that collaborator – and so on? Such debates inevitably become moralistic, missing the greater systemic issues at hand.

People often cite World War II when it comes to punching Nazis, but wars are not won by individuals punching Nazis in the face. They are won by armies. And revolutions are won by the organized masses of the people. Every great political transformation is won through power.

Is it OK to punch a Nazi? The answer to your question is ORGANIZE.