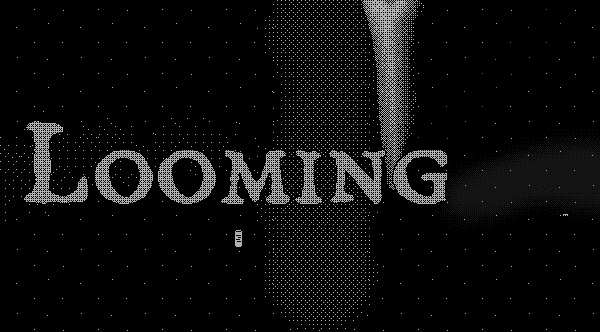 Gregory Weir’s Looming is probably my favourite of all his games. Highly atmospheric and extremely well-written, it tells the story of a strange world called Looming through what is essentially archaeological exploration. It’s a haunting and extremely memorable game; there’s nothing quite like it, really.

And at some point it can become very frustrating.

You spend the game mostly doing nothing but walking around the world, collecting artefacts and reading small pieces of text. The world is large and mostly empty, but there’s quite a bit to find, from little objects to enormous ruins. It’s a very enjoyable experience. But as you find more and more of its multiple endings, tracking down the remaining objects becomes increasingly difficult. Unless you’ve been very diligent in noting down every single area you’ve explored (or you have a perfect memory), there’s going to be a lot of very tedious walking to do if you want to discover the final bits. It’s not enough to ruin the game, but you could very easily call it a flaw, perhaps the only one in an otherwise highly polished game.

In most discussions about games, we talk about flaws as something incredibly negative that must be avoided at all costs. But is that really so? (Note that I am not talking about bugs or other issues of execution.) Can all flaws be divided from what makes the game good?

Take human beings. Flaws are part of who we are, part of our personality. Would we be as interesting as we are if we didn’t have any flaws? People who are overly smooth are boring. Not that flaws are always pleasant – I, for example, sometimes have a bit of a temper. Not always, but often enough to have hurt people who didn’t deserve hurting, something which I regret every day of my life. But my anger is also part of what gives me strength; my ability to stand up to injustice, to refuse to compromise, to say things I’m not supposed to say. I’m not brave, and it’s not bravery that allows me to say no when I need to. My anger can make it unpleasant to be around me, and more than enough people have said so, but nevertheless it is essential to who I am, and I would be poorer without it. I can try to control it, and I do, because having an edgy bit doesn’t mean I can’t attempt to keep people from being hurt by it – but it would be foolish to throw away the raw energy inside me for the sake of bland conformity. I’m sure many people have similar examples from their own lives or the lives of people they know. 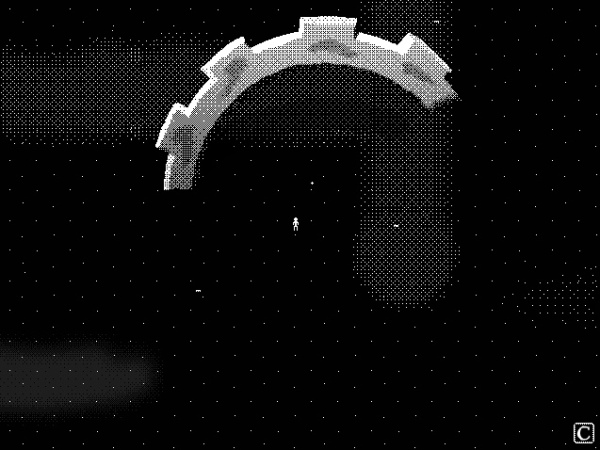 Looming is about emptiness and archaeological exploration; it’s about a vast space and the ruins inside it. I’m pretty sure archaeologists get frustrated sometimes, looking for a tiny object in a huge excavation area. How could you do a genuine game about the experience of exploring a place like Looming without this kind of frustration occuring? By adding Oblivion-style markers to show you the way? Sure, that would take away the frustation at the end, but it would also take away the entire rest of the experience. Or is it perhaps the overly simplistic gameplay that is at fault, and the solution is to add enemies to fight? That might distract from the walking, but it would also ruin that wondrous sense of emptiness the game has.

A beautiful glass sculpture may have the flaw that it’s hard to transport, but that doesn’t mean it should be made out of straw instead. 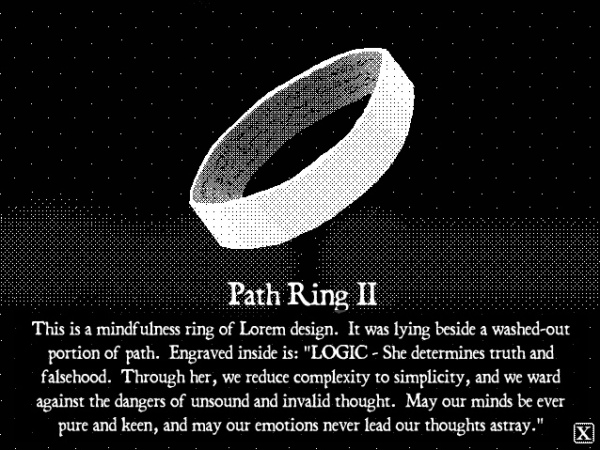 Ah, but this is a dangerous road, isn’t it? Because it would be silly to deny that there are real flaws, real game design errors. Accepting flaws may all too easily lead to the (post)modern idea that skill and craft are irrelevant to art; the kind of thinking that has ultimately led much of the modern art world (especially in painting, sculpture and theatre) to glorfying crap presented as crap by crappy artists proud of their crappiness. Nothing sets my teeth on edge quite as much as sloppiness and lack of originality passed off as depth and/or irony. Yeah, your lack of ability is very ironic. As far as I’m concerned, Damien Hirst can fuck off and I hope the Chapman Brothers are stomped to death by tyrannosaurs.

Tolerance for stupidity and a lack of vision and craft is not something that should be supported. Making games, like any artform, requires a great deal of very precise work to be good. But we do have to recognize that the more precisely a game is crafted, the more it becomes something specific, becomes itself, the less it is like other things; you chip away at something to give it shape, but the further away it gets from being a featureless block, the closer it gets to something whose shape we can disagree about. And the more a game is itself, does what it does as well as it can, the less likely it is to appeal to everyone. However – and this is important – it will appeal all the more to the right people.

Some flaws come with the territory. I’d rather play an awesome and sometimes frustrating Looming than a mediocre and forgettable one.