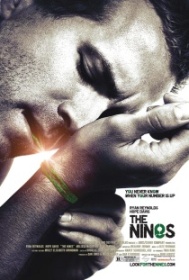 Verena and I recently saw The Nines, a movie by John August. And here is what we thought: