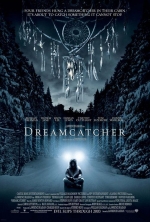 A very short review of the movie we saw yesterday.

It had potential. The locations were great. The sets were good. The actors all have the ability to make scenes work. I haven’t read the novel, but Stephen King is an incredibly gifted writer – one of the best living writers of our times, I would say – and I’m sure that the book is enjoyable and touching and complex and scary and all sorts of other things, even though it’s probably not as good as It, or his absolute masterpiece The Dark Tower.

The script, however, is crappy. The lines themselves are mostly mediocre, but what really kills it is the structure, which just doesn’t work. The first 20-25 minutes are pretty good, the rest is just boring. The director fails to make the material interesting and also fails to get good performances out of the actors, who mostly don’t seem to know what they’re doing there, and who sound like they’re just reading their lines. The special effects are mostly OK, but the director doesn’t know what to do with them, just like he doesn’t know what to do with this movie. It has no emotional weight, and it sure as hell ain’t scary.

This kind of thing should be left to Guillermo del Toro, or other directors who know what they’re doing and take it seriously, like John Carpenter or George Romero.

Better King adaptations: Hearts in Atlantis (many differences from the original, but a beautiful movie), Kingdom Hospital (completely nuts and totally amazing), Storm of the Century (complex and scary), The Green Mile (according to Verena it’s not as good as the book, but still very touching), The Night Flier (deeply flawed but Miguel Ferrer is bloody brilliant) and of course classics like The Shawshank Redemption (perfect) and Stand By Me (very good).