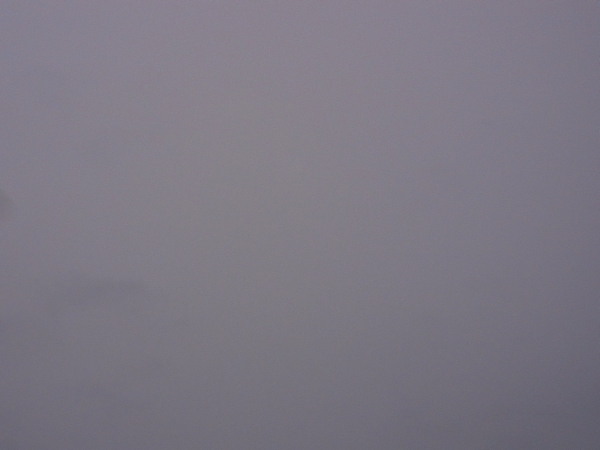 Every now and then, I get hit by a big fuck-off wave of depression. I feel paralyzed, constantly exhausted, unable to focus. I get insomnia and my rhythm goes out of whack and I go to bed at five in the morning and wake up at two in the afternoon. Sometimes I have brief panic attacks, but mostly I just can’t get myself to do anything, and I become increasingly stressed out by the fact that I’m falling behind schedule. When I do work, I work far more slowly than I should. I start eating too much and regain what little weight I’d managed to drop in the summer. I feel trapped in a bubble of anxiety and apathy, which is an extremely annoying combination.

This usually happens in the winter. It’s a common, well-documented problem for people who grew up in sunny countries. I can’t stand the winters in Germany, especially in Frankfurt, a soulless city dedicated mostly to banking. It’s OK when it snows – the brightness cheers me up and it’s funny to see the cat jumping around in the garden to avoid getting wet – but that only happens very rarely. I dread the winters, I really do. No matter what I do, no matter how much I try to distract myself, I end up falling into this hole. (I tried to capture some of that in Moonlight.) That’s why I keep talking about moving; it’s not just about finances or cultural preferences, it’s about survival. I’m not suicidal, I never have been, but these periods of depression feel like a real threat to me, and the effect of each winter seems to be cumulative.

This is my eleventh winter in Frankfurt. I don’t know how I’ll get through it, and I can barely imagine a twelfth… or a twentieth. So I go into these endless loops of “How do I get out of here? What can we do? Where can we go?” that lead nowhere. Moving to another country presents a long list of problems. Moving whithin Germany seems like giving up on ever getting out of here, a guarantee that we’ll still be trapped here ten years from now. There are many advantages to living where we do. And so on.

I realize, of course, that a major part of my depression could simply be described as capitalism. I think that’s true of a lot of people, whether they’re aware of it or not. Too many things are lacking: opportunities, a sense of community, a real safety net, even just a collective future for the species that is worth looking forward to. Life really is getting shittier. It’s not in your head; it’s the natural result of an extremely uneven distribution of resources. Unfortunately, knowing that doesn’t constitute a solution to my depression. I might feel better if I thought there was a real global movement to end this absurd situation, but there isn’t, at least not yet. What passes for the Left these days is as alienating and depressing as everything else.

And don’t even get me started on game development. The only way I can justify still working on this stuff is the hope that someday, maybe a couple of decades after my death, someone will actually go and have a detailed look at what I’ve done. Working for a future audience is not the most encouraging of activities. (I do appreciate the few hundred people who really love the Lands of Dream. But on days like these it’s hard not to be frustrated about the critical acclaim that seems exclusively reserved for juvenile shit that wouldn’t be taken seriously for a second in a more mature artform. It’s easier to appreciate the good stuff on the depression-free days.)

I hate the place depression has taken up in modern culture. It seems almost impossible to talk about such a phenomenon in a rational way. Half the world fetishizes it into some kind of badge of artistic honour and personal depth while the other half dismisses its existence altogether. The solutions suggested are either “always take these drugs, no matter the context” or “no, never take anything chemical, eat this endangered species’ butthole instead!” As with so many other things, nobody seems to want to fix any of the problems; they either want to hide them or redefine them into advantages (or, God help us, identities).

Having this problem doesn’t make me special. It’s not a mystery that you can never comprehend or an excuse for me to feel better, deeper, or more oppressed than other people. But it is a problem, and it’s not easy to deal with. Still, that’s all you can do.

Try to get through another winter.