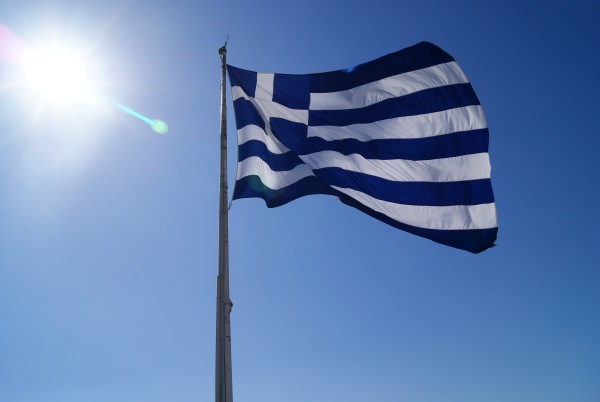 In online debates, the idea will frequently show up that people who don’t belong to a particular (ethnic, sexual, cultural) group are not only ethically wrong to express an opinion on that group’s political situation, but are in fact incapable of doing so accurately due to being somehow essentially different from people belonging to that group. To put it in different terms, people belonging to these groups – i.e. people who are not white Americans – are fundamentally Other.

Well, since that means I’m fundamentally Other, let me share a tiny bit of my exotic wisdom with you strangers.

In this mysterious Oriental land called Ελλάδα, oppressed for four centuries by the Ottoman Empire, ravaged by world wars, scarred by foreign-backed dictatorships and plunged into ruin by austerity, a truly peculiar phenomenon persists. Yes, in this land populated by the descendants of many peoples, speaking an ancient common tongue, we, the people of the mountains, the islands, the cities, the children of refugees from Asia Minor and Πόντος, we who fought a terrible civil war within living memory… are not all the same.

Yes, dear reader! Astonishing as it may sound, there are vast political divides between us! Though we are all alike to you, in our huts and temples we clash with each other over how to proceed, like barbarians! More than that, such conflicts have a long history, and there are many different movements, some of which even – gasp! – look to countries beyond our own for solidarity. Some of us even embrace ideas developed by… believe it or not… Germans! Even a German Jew!

(Well, we did have one of the biggest and most significant Jewish cities in this world for several centuries, but let’s not confuse you too much.)

So, you see, beyond the cryptic veils of Otherness lie oceans of unfamiliarity! And with that in mind, prepare yourself for the greatest of revelations, a unique insight into the psyche of the Other. When you engage in your surely enlightened defense of our cultural Otherness, bravely guarding our πνευματική ιδιοκτησία, perhaps – in your neverending liberal kindness – consider the following.

Let’s say you are asking two people for their opinion on the great tragedy of modern Hellas. One of them is called Κυριάκος Μητσοτάκης. The other is called David Harvey. One is very Greek, yes? He’ll make a big deal of his Greekness, too, if you ask him. His identity really matters to him. He can sing Greek songs! He might even be able to recite some Greek poetry or something. The other guy is very, very English. The English oppressed the Greeks, right? Slaughtered the Greek resistance after WWII and put Nazi collaborators in power. So the second guy must be really wrong, and it’s really awful of him to express an opinion about a people he cannot understand.

Or what about Φώφη Γεννηματά versus Rosa Luxemburg? The latter is dead, but still, such a German name. And what did the Germans do to the Greeks? Wholesale slaughter. Forced loans. Wiping out the great Jewish city mentioned above. And then, a few decades later, enforced austerity, economic ruin, a total undermining of democracy. The Germans must be the enemies of the Greeks! Surely a German woman could never have a clearer, more useful opinion than a true authentic Greek like Ms. Gennimata!

But as I suggested, we strange Greek tribes with our foreign gods and our restaurants and our μπουγάτσες and our men who shout “opa!” for no reason, are not all the same. And the people who appear authentic to you, the people who care the most about ethnicity and identity, are the worst scumbags in the land. Wait, that didn’t sound exotic enough. They are the worst μαλακισμένα φασιστοσκουλήκια του κερατά in the land.

The people who come closest to your conception of authenticity, identity, appropriation, and so on – the heroic soldiers of Golden Dawn – are actual fascists. You are supporting fascists. Fascists are bad in our country, master. We no like them.

And the others, the evil Eurocentric socialists? Those are the people who are on our side. Those are the people whose analyses are actually accurate, whose ideas do describe our situation, and who are part of our fight. In fact, it’s not our fight, it’s just one big fight and we’re all in it together, because we’re humanists and internationalists. Αλήθεια! It’s not that those people are the rare foreigners who get the Greek stamp of approval. It’s that they’re not foreigners. They’re comrades.

At least according to me, and I must be right, because I’m authentic. So give up your segregationist ideas and join the revolution, or I’ll be offended.