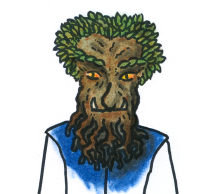 The first few days of the campaign have been amazing. We freaked out a little when Paypal suddenly stopped processing contributions for almost a day (just our luck), but once everything was fixed we saw that quite a few people were actually supporting us. It’s slowed down now, but we’ve already reached more than $7000! Which is amazing. Seriously. Wow. Thank you. THANK YOU!

We’ve also made it into the press – RPS, PC Gamer, Adventure Gamers, IndieGames.com, even Eurogamer. At this point it looks like Ithaka is getting more attention than The Sea Will Claim Everything!

It’s still a long way to reaching our goal, though, and we could really use your support. Not just in the form of contributions, but also in spreading the word. There are a lot of websites out there that have never heard of the Lands of Dream, or that can’t imagine that games like these could have fans. There are also many people who might hugely enjoy Ithaka of the Clouds, but who don’t generally think of themselves as gamers and who normally would never hear about a project like this one. You can do a lot to help make Ithaka happen by tweeting about it, sharing links on Facebook, and letting your favourite sites that haven’t covered it know that it exists. Don’t spam anyone, but retweet/share/submit buttons do exist for a reason. (They do, right? Because otherwise I may have been doing it all wrong…)

We’d like to do a video giving you a bit more information about the various perks, but before we do: does anyone have any questions? We’ll gladly answer them, in the comments or in the video. We’ve put a lot of care into making each of these perks as cool and unique as possible, because we really don’t want to feel like we’re ripping you off. If you’re going to pay a lot of money, you should at least get something special.

We will, of course, also answer questions not related to the perks! Several people have asked when the game is set, for example, to which the answer is “a long time before any of the other games”. So you will be returning to many of the locations you’ve seen before, but they will be quite different.

Ah, I’m rambling again. Do feel free to ask if there’s anything you want to know, and see you in the next update.